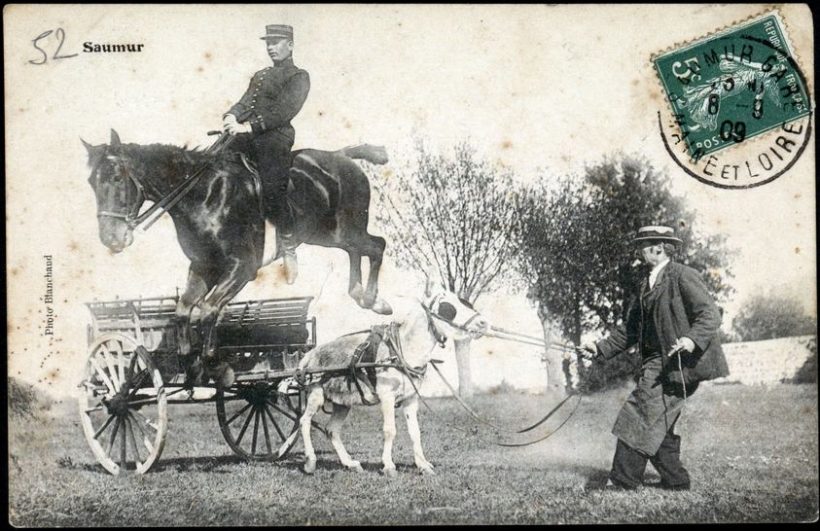 Zacharie and Hervé Blanchaud, father and son, were the official photographers of the Cavalry School during the first half of the 20th century. The father, Zacharie (1864-19 ..), born in Vignols, in Corrèze, had come to Saumur in 1892 to join the Cavalry School as a riding instructor. He eventually gave up his boots to […]