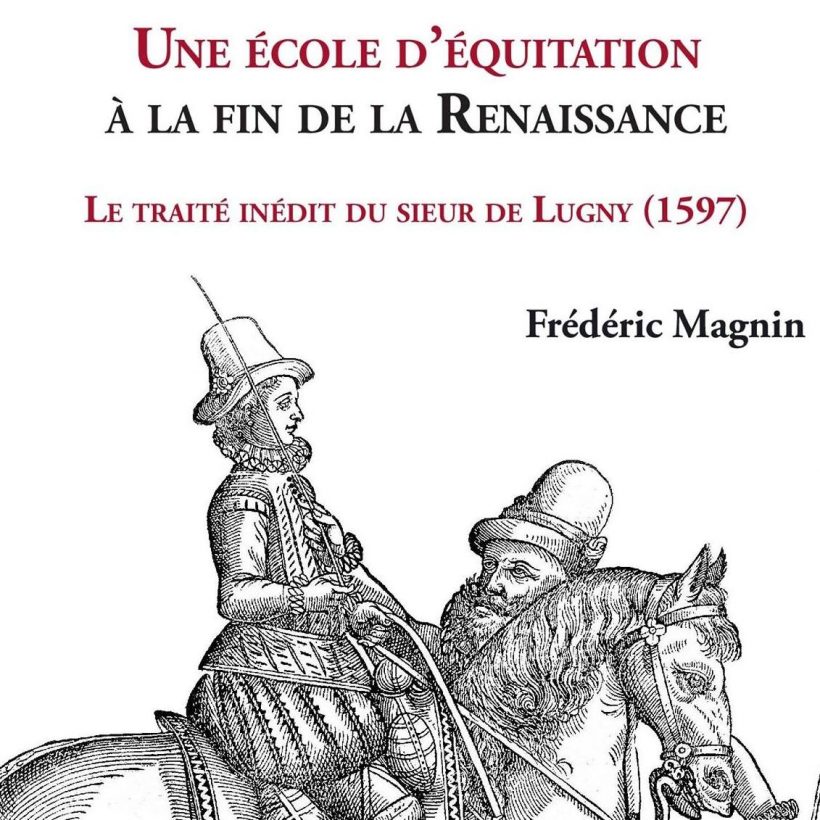 The unpublished treatise of the Sieur de Lugny written in 1597 was ignored until Frédéric Magnin, CNRS researcher, fond of equestrian culture, exhumed it, deciphered it, and transferred it to the context of the time so that, four hundred years later, we could imagine what it was like work in the riding school of this 16th century squire.

It all begins in 2013, with the discovery of a 1957 manuscript that was listed in the catalog of Blackwell & # 39; s Rare Books, Oxford, … Then, searching hard, the discovery of six other unpublished works in particular from Germany and Denmark. Was too much for Frédéric! Or not enough. What is hard to believe is that after Such a “finding” will not inquire further, will not delve into the subject.

The work of transmitting the art of that Louis de Chardon, Sieur de Lugny, who could have left in the dark, appears only four years after the first impression of the first book of Salomon de la Broue Des preceptes principaux que les bons cavalerisses doivent exactement observer en leurs escoles, a work considered the first treatise on horsemanship signed by a French squire, after those published by Italian squires.

Something to pique the curiosity and perseverance of the researcher, right?

In short, beyond an incomparable research work, Frédéric Magnin allows the reader better “understand” the whys and hows of riding practice and teaching by the “French squires” of the time, at a crucial time of our civilization: the Renaissance.

This masterpiece (from the riding school? From the publishing house?) Would not have seen the light four centuries after its first editions, without numerous endorsements, beginning with those of the Institut français du cheval et de l’équitation, of the association “Les amis du Cadre Noir” and the subscription volunteer for many fans (via the Ulul website).