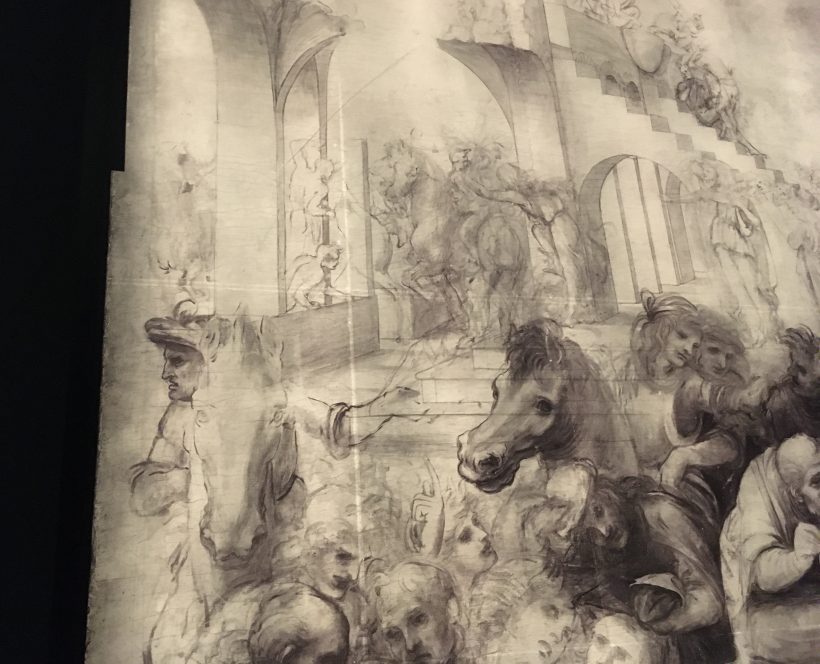 The beautiful exhibition dedicated to Leonardo da Vinci by the Louvre Museum contains a large number of drawings of horses. This exceptional draughtsman gives life to his animals in each stroke, in the sense of proportion and movement, the perception of light, the delicacy of gesture. The infrared reflection of the work “The Adoration of the Magi” (1480-1482), for example, is full of moving horses that demonstrate the value of his knowledge.

Mennessier de La Lance, a harsh critic of perfection in the depiction of the horse, described da Vinci’s work as follows: “The drawing is admirable. Plate 28 is particularly interesting, which represents a horse in profile, as it clearly indicates that Leonardo da Vinci took the head as the unit of measurement to draw the proportions of the horse, and curiously Bourgelat, who did not know the work of Leonardo da Vinci, used in 1769 the same unit of measurement in his “Explication des proportions géométrales du Cheval” (Explanation of the geometrical proportions of the horse) and in the famous plate of the horse’s exterior which he had Vincent draw and which is often reproduced and discussed in all treatises on the study of the horse.”