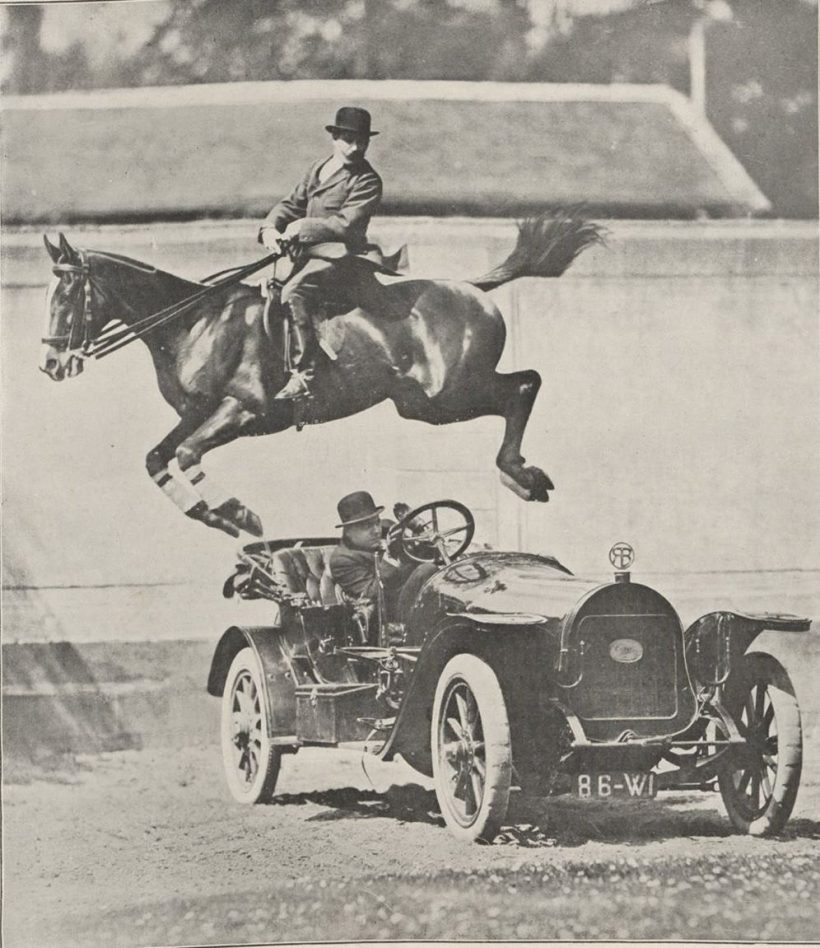 Long gone are the sounds of the horse’s mistreatment on city streets. It is hard to imagine today that transportation was done in stagecoaches that ran at a regular average trot at 10 kilometers per hour, or in mail cars that reached at a gallop 18 kilometers per hour. The arrival of the “iron horse”, as the railroad was called, developed quite gradually. In 1827, the first 23-kilometer section arrived, on which the wagons were pulled by horses, passing through the beginning of the 20th century, when locomotives finally transported passengers at full steam along the seventy thousand kilometers of rails that cross France, until reaching, in the 1930s, 200 kilometers per hour. The die was cast.

The automobile, created in 1769 by the Frenchman Cugnot, also developed in several stages. The first, steam-powered, had to wait until 1880 for the explosion engine to appear, which proved to be more practical, allowing the technology to appeal to a greater number of people. However, the first cars traveled at the speed of the horse and it was impossible to slow them down quickly on a rather inadequate road network. For the vehicle to finally replace the horse, it was necessary to overcome the fear of the machine, the difficulties of driving it, the invention of tires and the improvement of roads.

With varying degrees of vision towards the future of the horse, many authors sensed the great revolution that this social change was to bring about.

We may quote Mrs. Dorian’s impassioned cry in the introduction to the 1899 news: ” They will replace you with the ridiculous and utilitarian bicycle, the horrible and stinking automobile, iron and oil; they will occupy the roads in their darkness and heaviness and cross the fields where you were joy, a flash of lightning, a glimmer of superb pride,” and then “Henceforth, for him brutal and bestial toil will cease; he will be freed from the heavy harness of the plow; he will turn away from inferior and murderous tasks; from now on and forever he will belong to those who keep in their hearts the love for beautiful things and fidelity for artistic and aristocratic traditions.”

The horse and the automobile

The news of Madame Tola Dorian