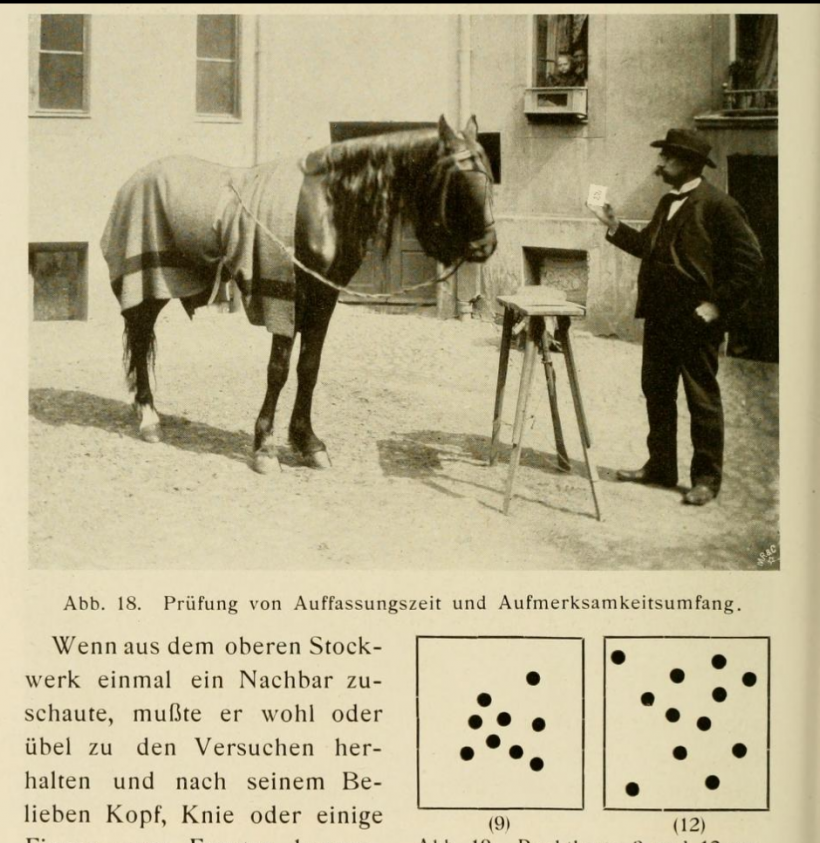 Can a horse learn to read and count? Can another consciously pick up a hat at the request of its rider? In the 17th century, Delcampe write about Mauraco and his horseman Pietro who were burned in a public square as a result of such a demonstration.

Two centuries later, another horse called public attention in a fortunately less dramatic way: Clever Hans, owned by the eccentric German mathematician Wilhelm von Oslen, seemed to have developed the ability to solve simple calculations. To answer the controversy over the true powers of this horse, Professor Pfungst developed experimental protocols to decipher and analyze the reasons for its behavior.

Edouard Claparède summed them up as follows: “You also know that a student at the Berlin Psychology Laboratory, Mr. Pfungst, after long and very well conducted experiments, at least apparently, came to the conclusion that the answers that Hans gave to all kinds of questions that were asked were not the result of a true intellectual activity, but were simply dictated by the movements that the person who asked him unconsciously made. “

Despite these results, a wealthy jeweler named Karl Krall bought Hans and began training other horses, including Muhamed and Zarif, following the mathematician’s precepts. However, the First World War swept away all these trained horses.

Currently, there are new studies that suggest that horses have advanced cognitive faculties in number concepts or memory capacity. This is what the laboratory of the Japanese primatologist Tetsuro Matsuzawa tries to demonstrate. 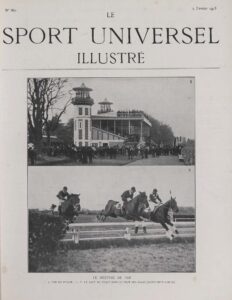