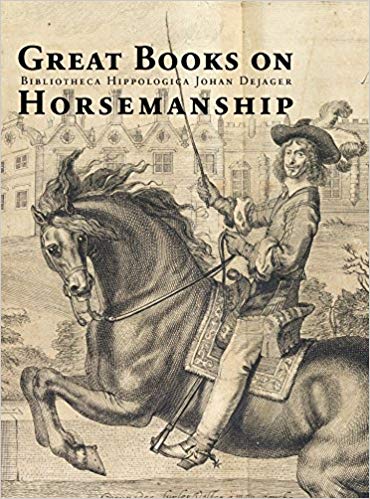 He was the owner of horses, organizer of competitions (Anvers, Waregem) and in recent years he had been passionate about rare and ancient books on the horse and in this way had created what considered by specialists to be one, if not THE most beautiful, private collection in the world on the topic.

More than 350 works, most from the 16th and 17th centuries, were the source of an editorial project ambitious: Great Books of Horsemanship published by the Johan Dejager Hippological Library in 2014.

It is a unique work, of which only 1,000 copies were printed, which nevertheless Johan Dejager wanted to share with as many people as possible.

Last spring, he authorized The World Horse Library to digitally publish his works. Since the announcement was made, he wanted, with great enthusiasm, to provide concrete support to the project directed by the University of Caen (MRSH). This took place at the beginning of July, six weeks before his death (see article by “une” below).

For those who were lucky enough to meet this strong and beautiful character, it is a strange coincidence that I could have transmitted to posterity, very in time, these thousands of pages unpublished, fruit of his passion, without knowing that he was going to leave, like ashes in the wind, to eternity.

The World Horse Library offers its sincere condolences to his family, his children, his collaborators.

*The funeral will take place on Friday, September 23 at 11:00 in the Sint church Maartenskerk in Courtrai (BEL)