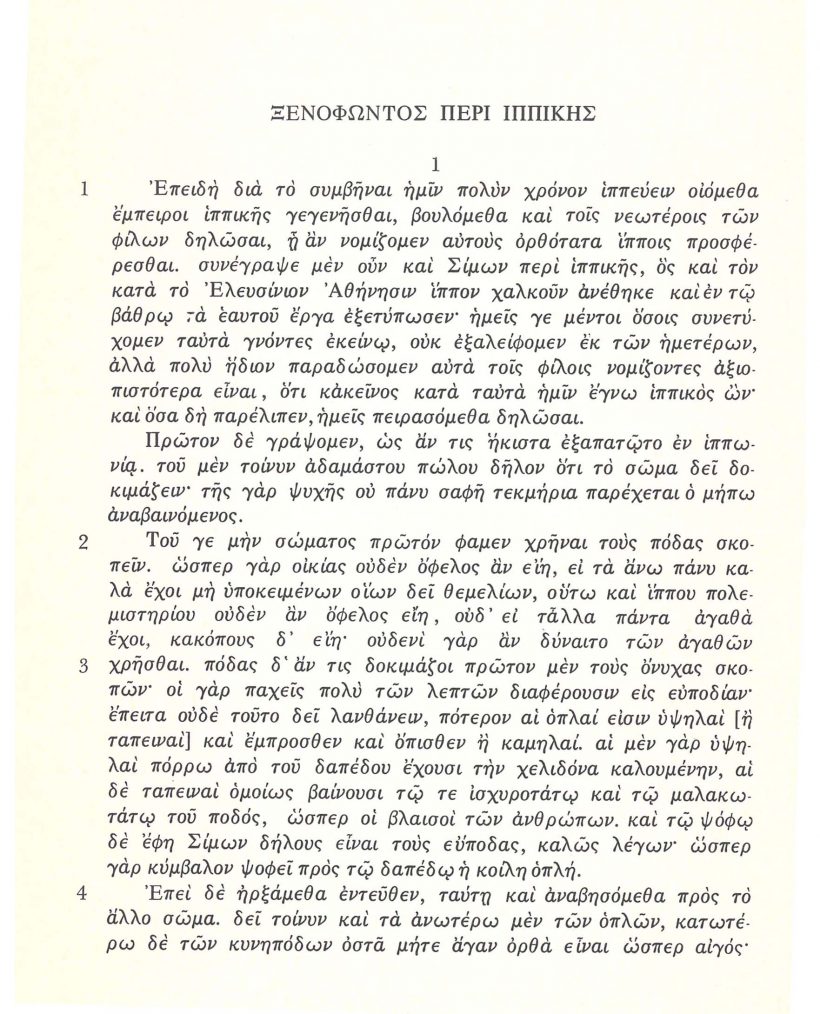 Mario Gennero, was born in the Turin countryside «on the farm we had draft horses and mules» and he still lives in the Turin suburb of Settino. At seventy-two years old, he is still passionate about literature and books. He is a language teacher, he speaks French, Portuguese and Spanish, but he frowns at the Englishman with no other explanation other than a melancholy that speaks volumes about his «Classicism»: only Latin and Greek are essential!

He has traveled throughout Europe as an FEI International Show Jumping Judge, for more than thirty years, and he likes to say “In the past, French was considered the official language of the International Equestrian Federation. Now it is accepted, which is why I continue to do my reports in French“.

Passionate about animals in general and cats in particular, as he participates periodically at feline shows (LOOF) with his Siamese twins, he couldn’t ignore the horse: “I started riding at 18 while studying at the University of Turin.” Is lover of books in general; and books on horses in particular «through books on horses can reconstruct the history of mankind».

His first book on the horse? “Not the first… But the second: Le Cheval, Équitation et Sports Équestres by Etienne Saurel (Larousse, 1966)”. Mario Gennero had taken his first steps as a collector, like so many others of his generation, who years later immersed themselves in the second work by the same author, Histoire de l’Équitation (Stock 1971). The encounter with Lucio Lami, an unusual personality, journalist and great reporter, a war correspondent for Il Giornale, was a meeting that conditioned the rest. The latter, who in addition to his work was passionate about horse riding, had founded the equestrian magazine Lo Sperone, in which Mario Gennero soon collaborated.

«Lucio Lami, a former cavalry soldier, in his Albino barracks, mounted the last surviving horse of one of the last cavalry charges made at Isbucensky in August 1942, the horsemen of the Savoy Regiment against the 812 Siberian Infantry Regiment. From There he took out a book: “L’ultima carica. Il Savoia Cavalleria nella campagna di Russia (1941-1942)”. So, for years I collaborated with Lo Sperone and shared his passion for horses and the books. He had a large library and as he was always very busy, he asked me continually to look for or buy works from him that I would have liked to have but could not to pay for».

A shared passion that gives Mario Gennero the authority to say “The horse? There currently is no other theme or sport in the world that has produced as much literature in the last centuries. Italy has made a great contribution. Modern horsemanship debuted in Naples in the 16th century and the Masters of the time signed unparalleled works: Grisone, Pignatelli, Corte…».

But, during the very pleasant conversation we had in Caen on October 22, when Mario Gennero visited the World Horse Library team, having said the above, stopped abruptly.

A long silence, a deep inspiration and without warning… “But actually, for me Xenophon had already written it all! ».

And the friendly professor from Turin takes out the notebook that he always carries with him:

«Greek general, philosopher and historian, born between 430 and 425 and died about 354 BC, son of Gryllus and Diodora, Xenophon is a disciple of Socrates. He is considered with good reason (and if we exclude the Hittite tablets that were found much later) as the first writer of equestrian literature.

Author of innumerable historical, political, philosophical and educational works, Xenophon wrote two works that refer to the horse and chivalry: L’Art équestre (in Greek Péri Hippikès) and Le Commandement de la Cavalerie. He is also the author of a small treatise on hunting. These books, classified among the “minor works”, were translated independently or in his complete literary production, in Latin and all languages. The first translation made in Italian was published in Venice in 1580; in France in 1613 by Pyramus de Candolle.

The text L´Art équestre came to us thanks to 20 manuscripts dated between the 13th and 16th centuries. I believe that today Edouard Delebeque is the most important expert on Xenophon that exists. In his excellent translation he describes these documents (Paris, Société d´Éditions “Les Belles Lettres”, 1950 and 1978).

Xenophon reviewed the world of the horse in his little text, with the exception of the saddle, the stirrups and hardware. Its principles are still valid today.

In a lecture Master Armand Charpentier said that the teachings of the Greek Author are “so precise, so fair, that after so many centuries we have nothing to change”. André Monteilhet writes in Les Maîtres de l’œuvre équestre that Baucher could have written about the flexion of the neck in the relaxation of the mouth. Simply for that reason I place Xenophon before our Italian teachers and all those who came after ». Let’s give credit to Xenophon… Thank you Mr. Gennero.